Taichung: Rainbow Village and the worst day ever 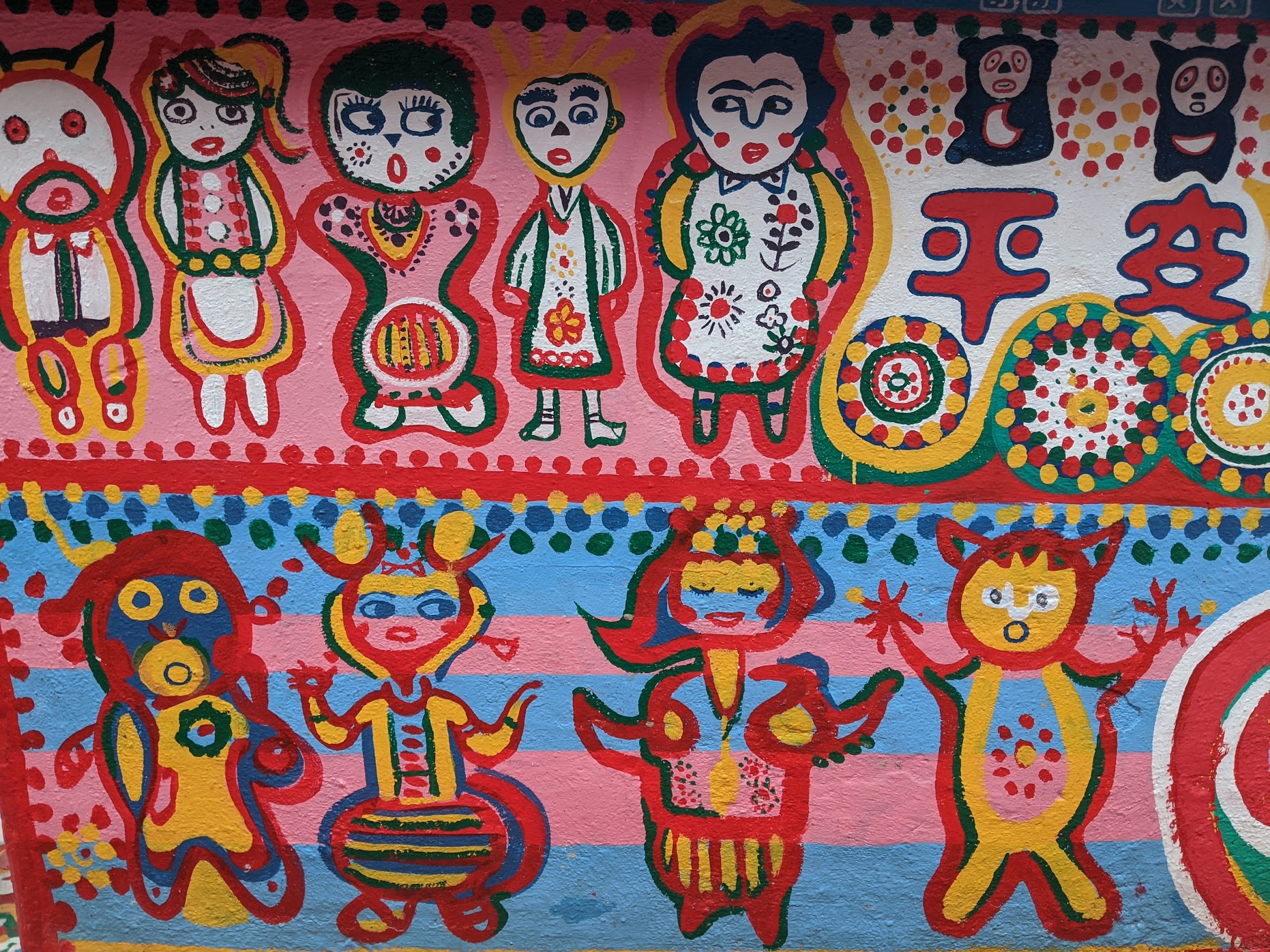 Taichung is the second largest metropolitan area after Taipei. Comparing the two cities, I think the environment of Taichung is a lot less fast-paced than the capital. I’d say that Taipei has more of an international feel, as it’s the economic center of the country, hence more international influence, while Taichung just feels a lot more centered and local.

The time I spent in Taichung had its ups and down.

The best thing about Taichung is its thriving arts scene. Taichung is a very cultural place. Just walking the streets, you’d most likely want into some interesting installations and eye-catching murals. By all accounts, Taichung is a modern city. Just take a look at its sprawling scale and gridlike streets. Coupling this with the local feel and the aforementioned focus on culture and art makes Taichung a very unique city.

However, what I dislike about Taichung is its lack of efficient public transportation. There is no metro system in Taichung. Instead, a bus system is in service. Getting to places is not really that easy unless you have a car or a bike since the bus takes forever due to the horrible traffic, especially during rush hour. Can’t complain too much though, since riding the bus is free of charge up to a certain distance.

Let me share with you some of the highlights (and lowlight) of my stay in Taichung.

To get to Taichung from Taipei, you have to ride the high speed train. Not a problem for me as I just love to ride trains. 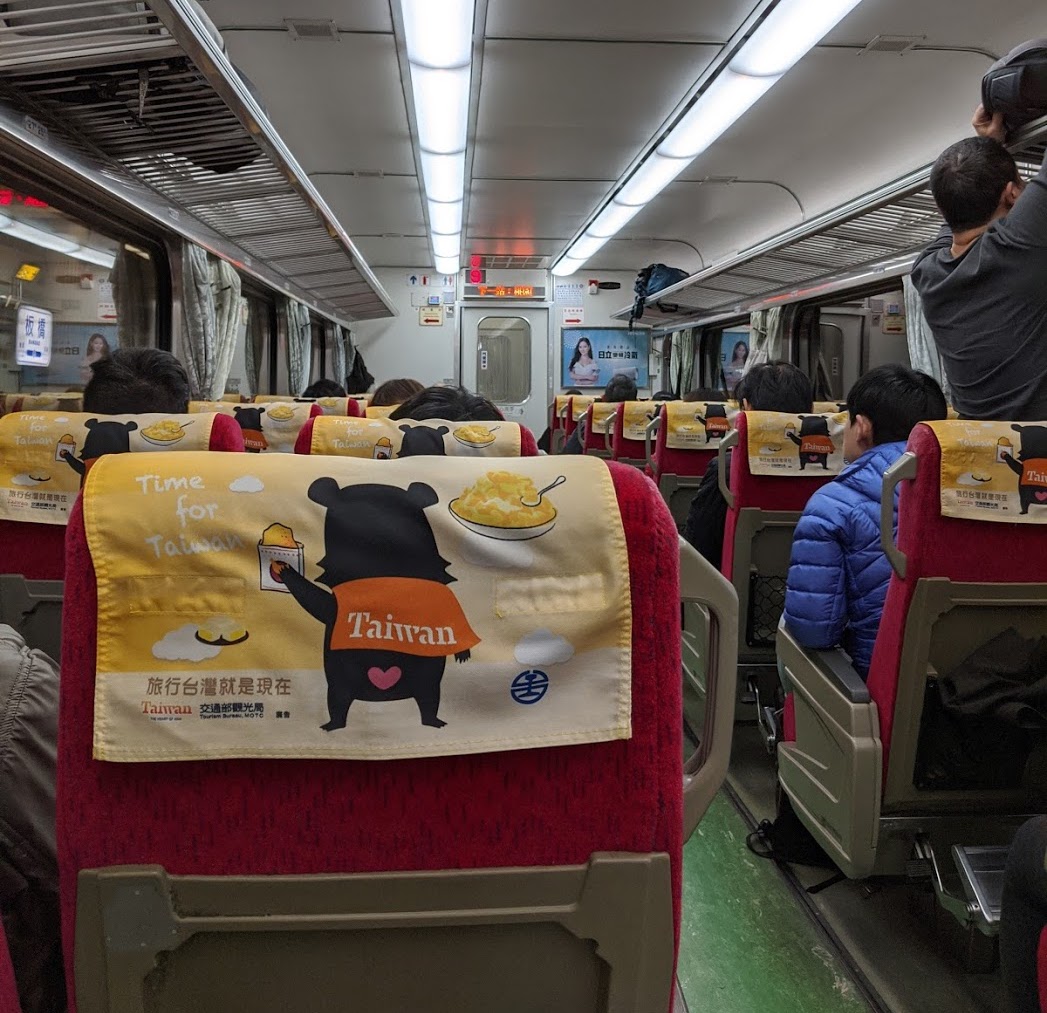 At the train station, don’t forget to pick up an ekiben, which is basically a bento box meant to be consumed on the train ride. This is obviously Japan-influenced, and the whole experience of eating on the train just made me reminisce about Japan.

For the Taipei -> Taichung leg, I just had to get some sushi, so I picked up a sushi set from a takeout store at the Taiwan metro station. Yum. 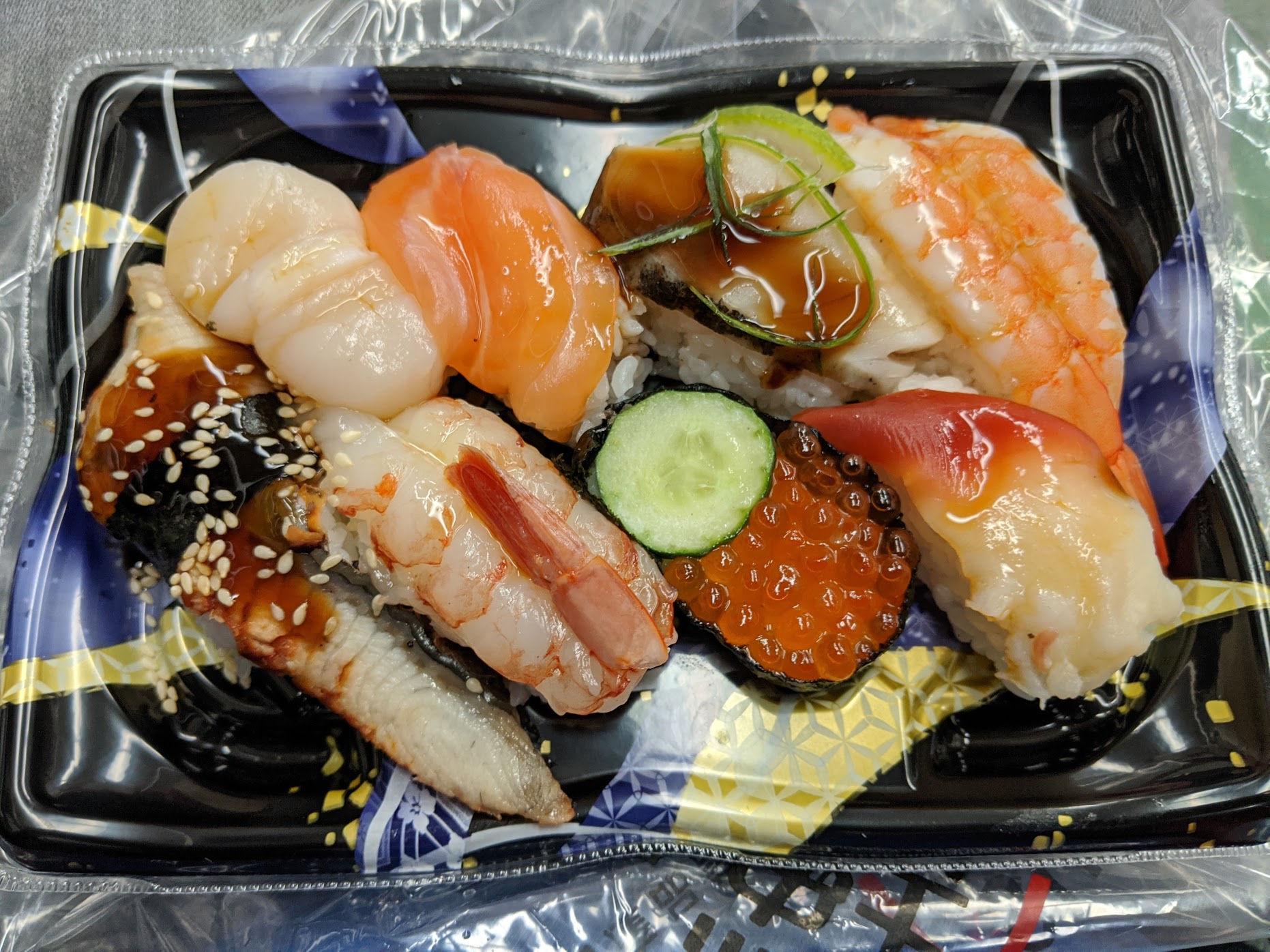 On the opposite leg, I ordered the most popular official meal (yes, the Taiwan Railways Administration actually sells food), the braised pork cutlet. It was delicious and tasted distinctively Taiwanese, probably from the spices. 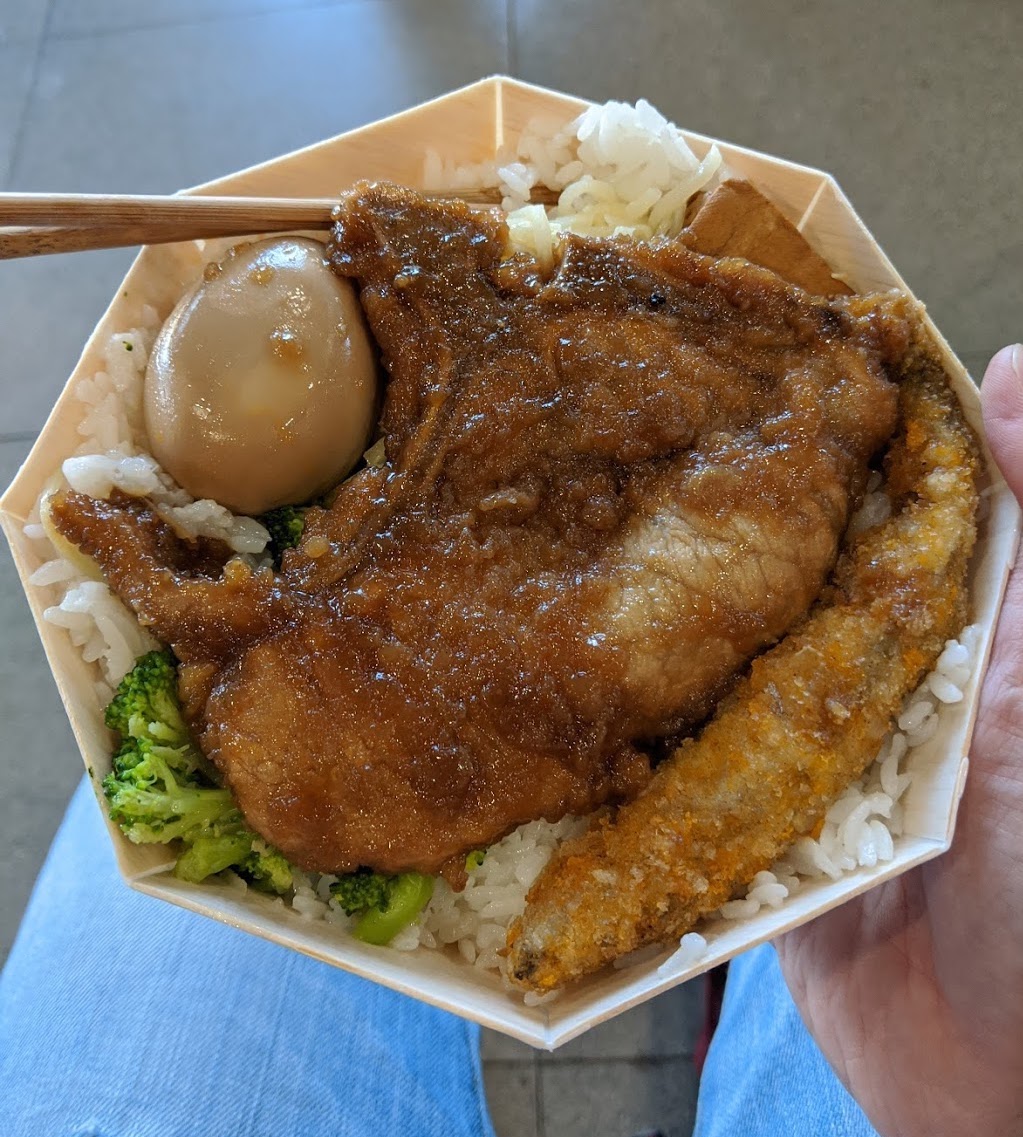 I spent a lot of time walking around the city … not really by choice, as Taichung doesn’t have a metro system and taking the bus would probably take more time than walking. Nevertheless, it was still very fun because Taichung has a lot of interesting things littered around the city.

Right out of the railway station was a board of post-its containing protest material against mainland China. I went to Taiwan during the time the Hong Kong extradition case and protests were still abuzz, so it was not surprising to see such response. Wish I could read Chinese, though. 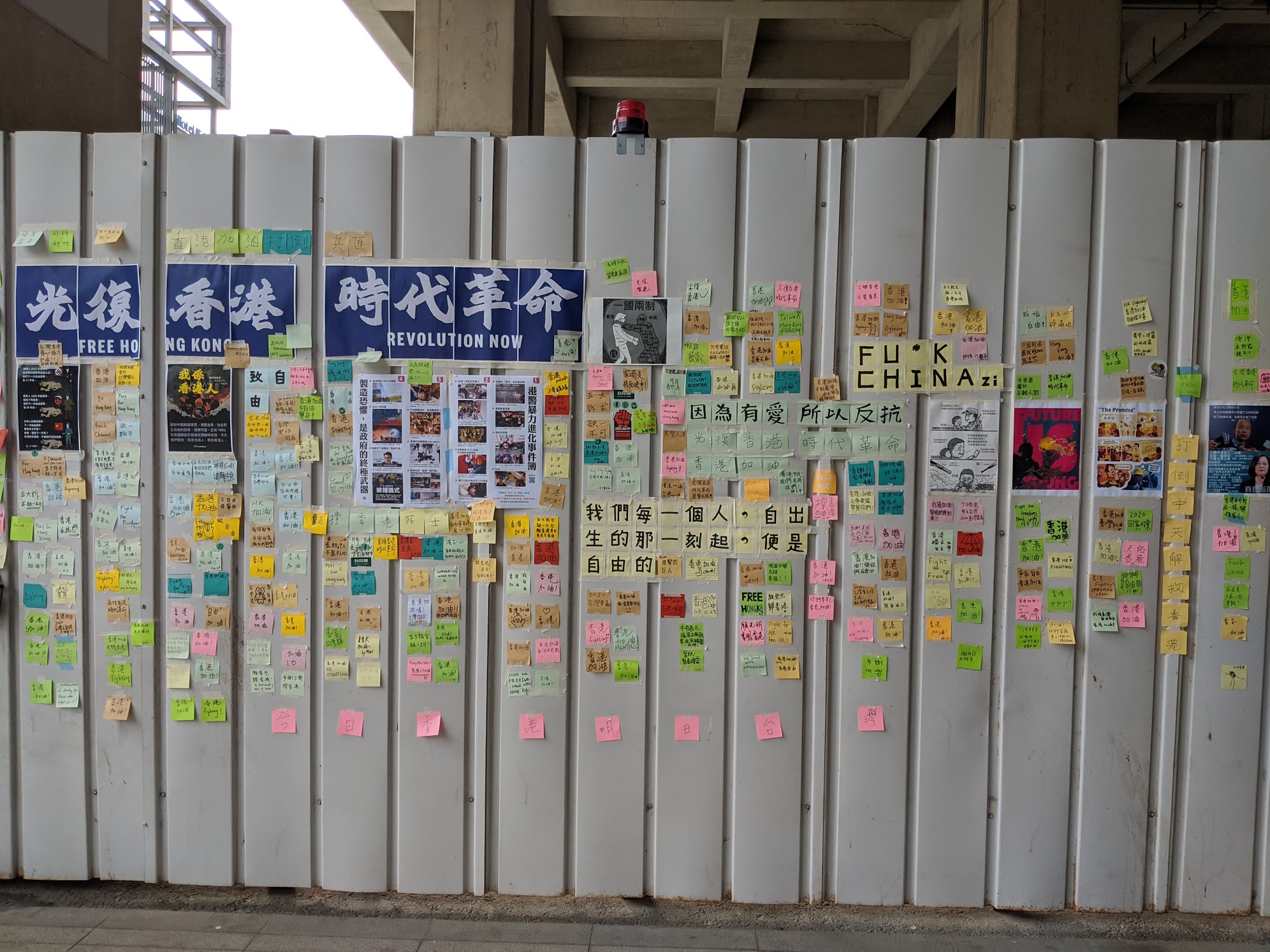 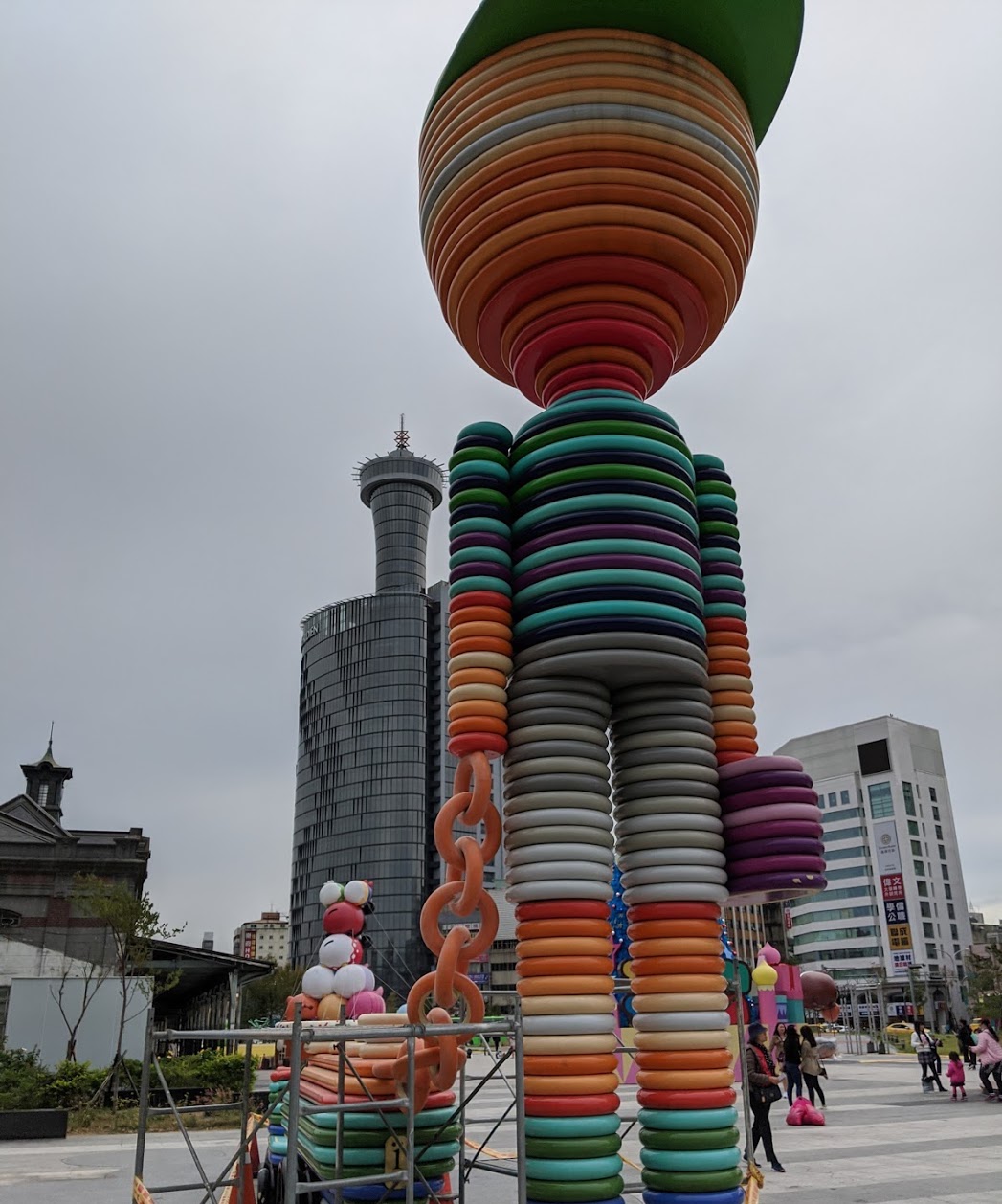 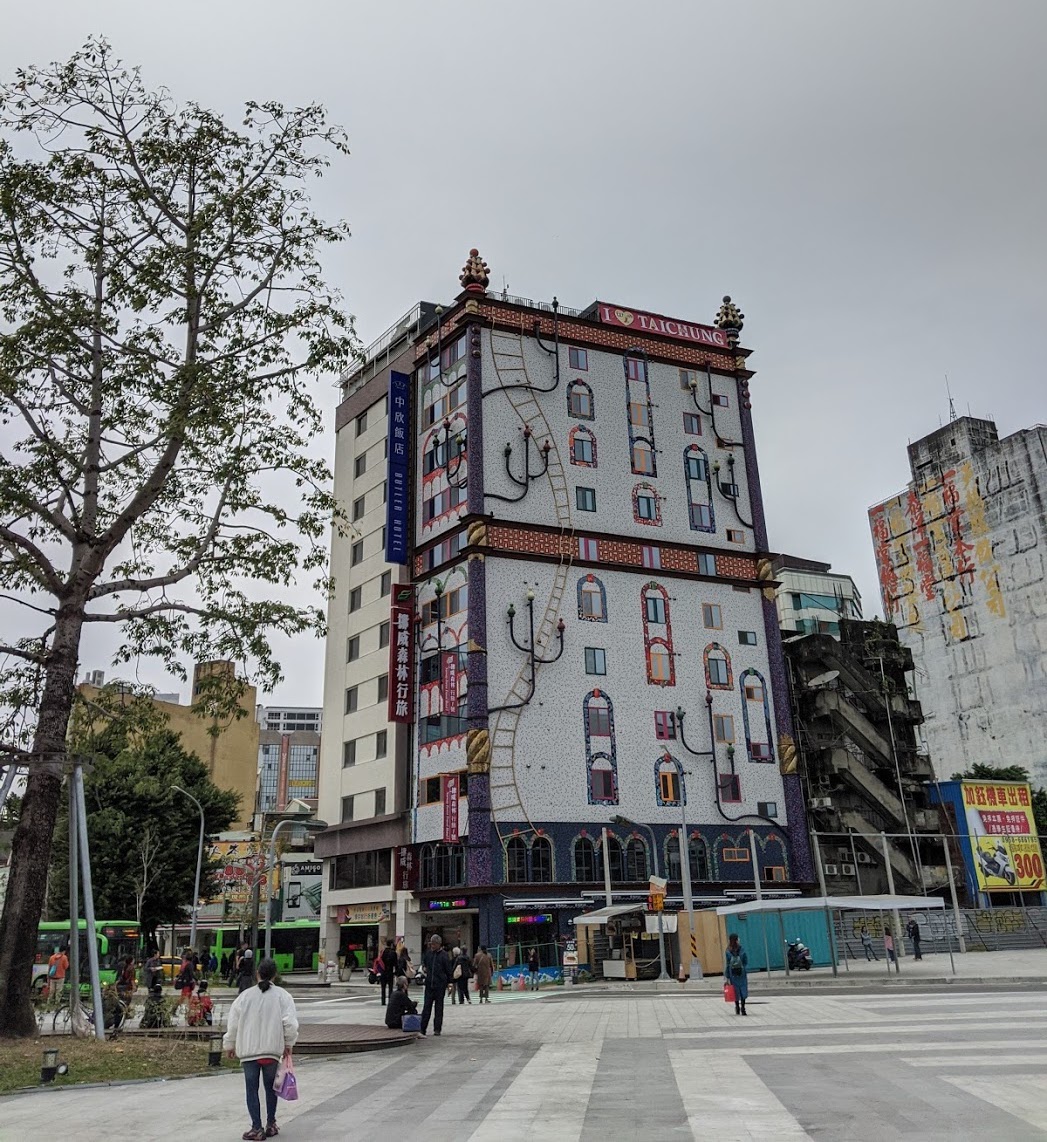 and cultural industrial parks. The next two images are from the Cultural Heritage Park. The place used to be a brewing factory, but now it houses artists and creatives. Shame it was raining that day so there weren’t lots of happenings. 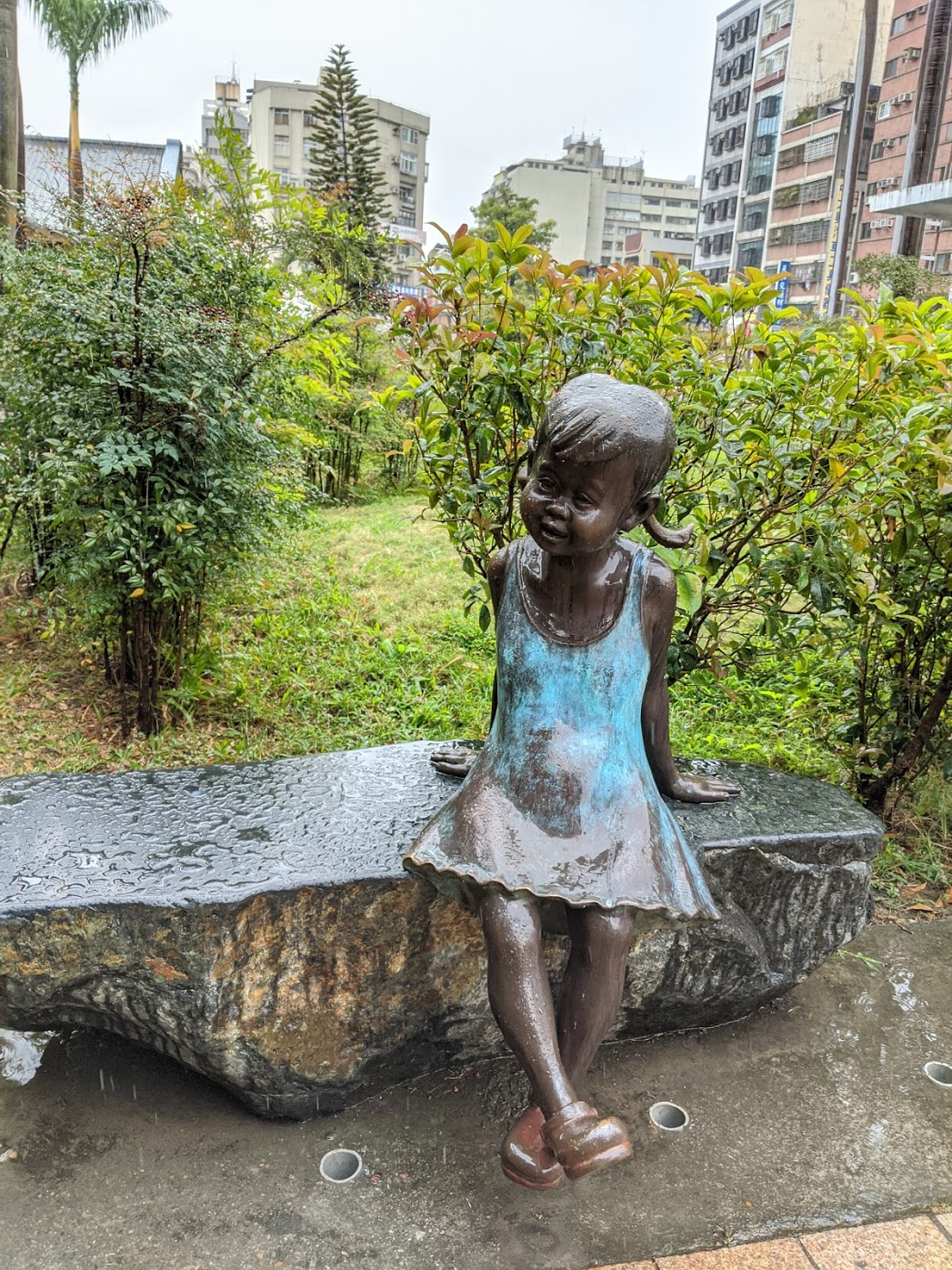 Taichung even has karaoke booths, probably for pedestrians suddenly having the itch to sing while crossing the street. 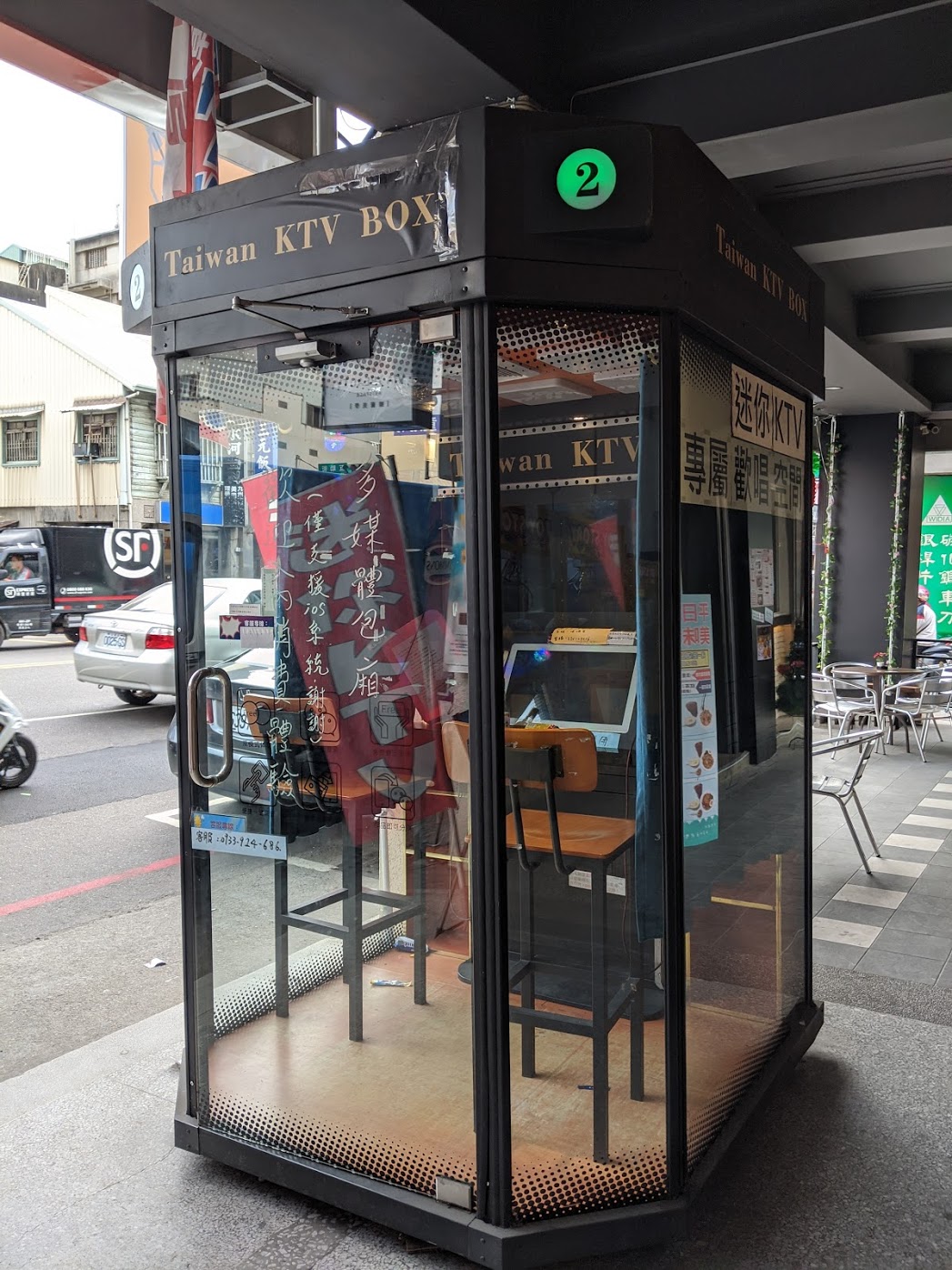 As Taiwanese cities are oftentimes measured based on the vibrancy of their night markets, a trip to Taichung would be incomplete without a trip to the Fengjia Night Market, the biggest night market in Taichung and formerly the whole of Taiwan. 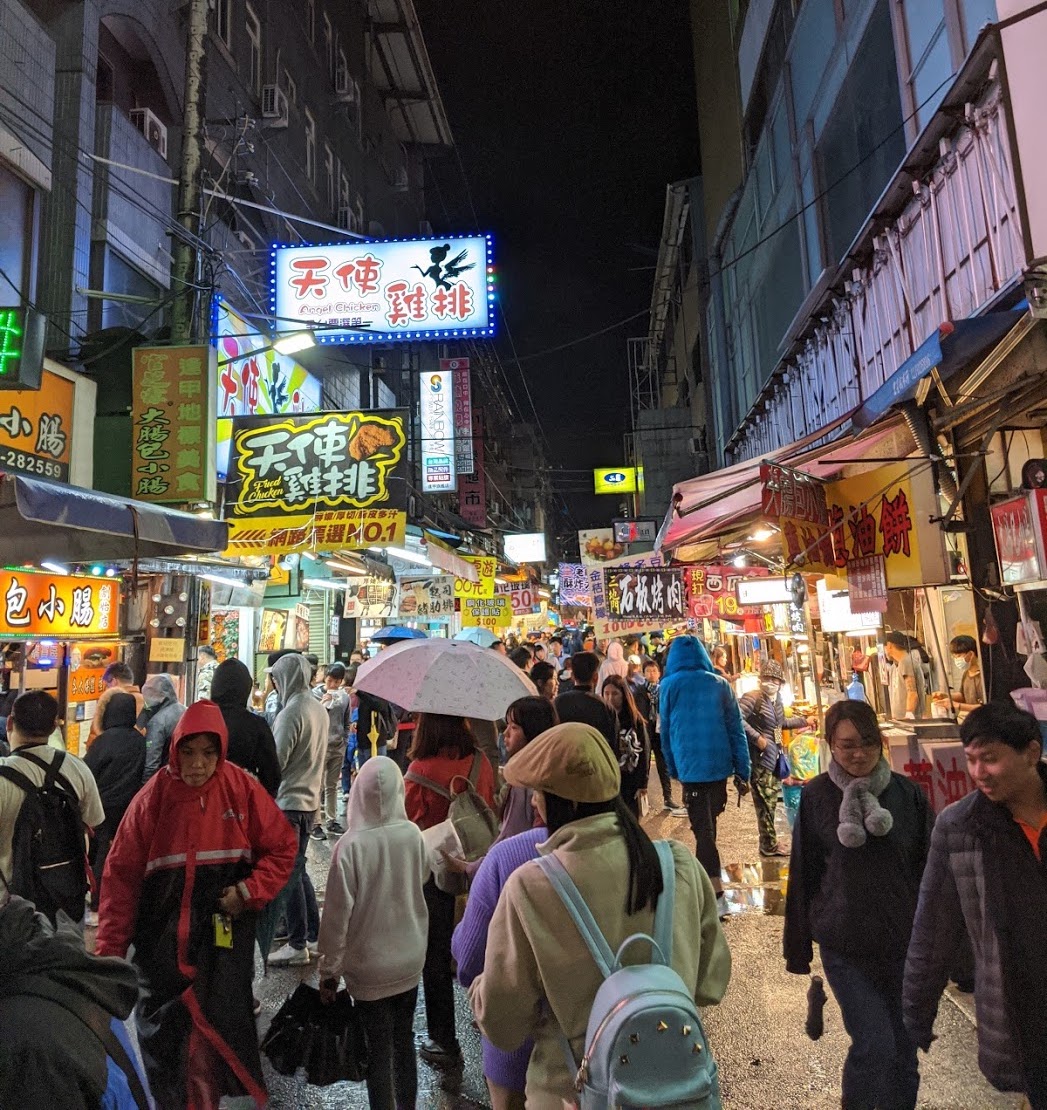 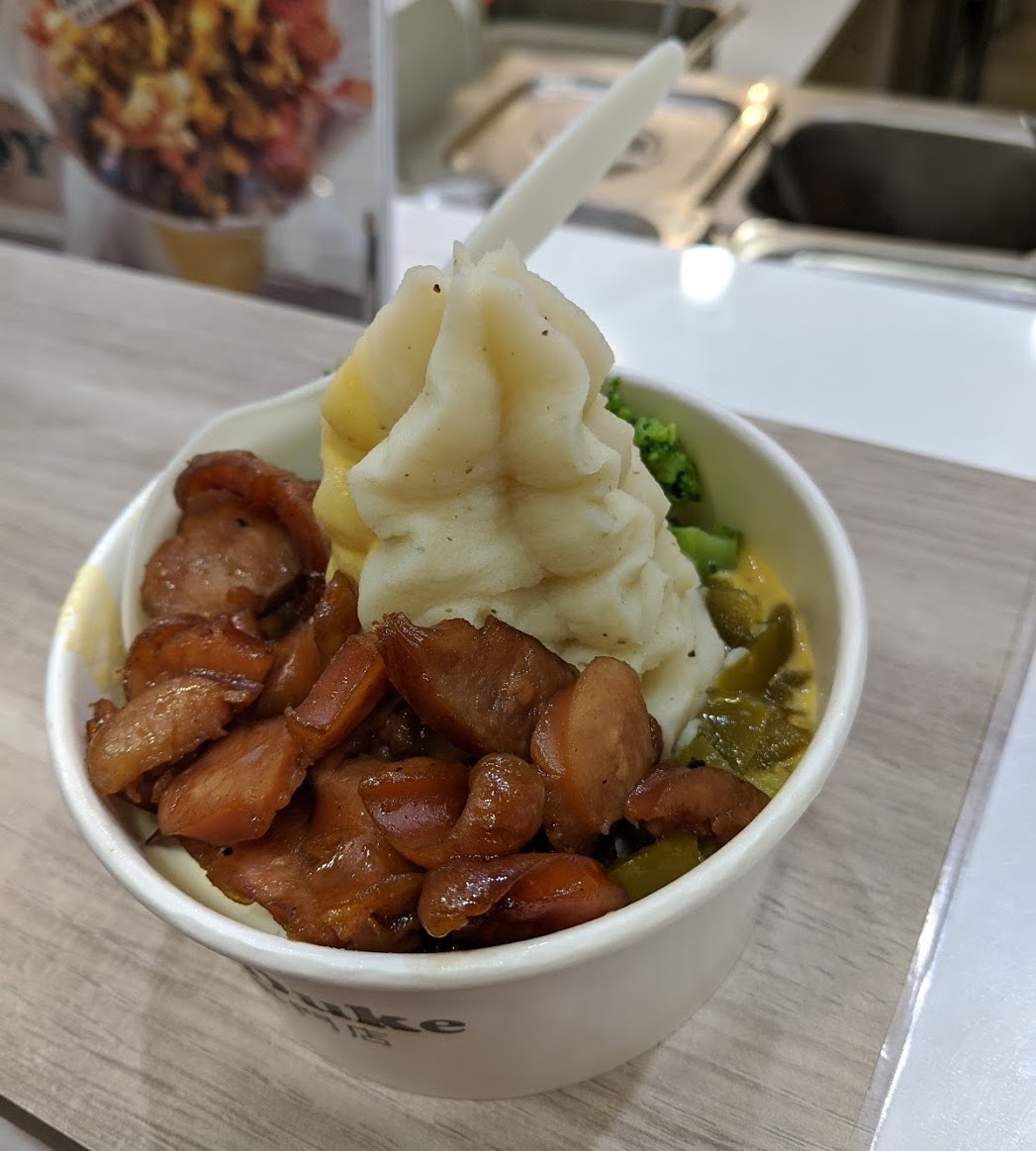 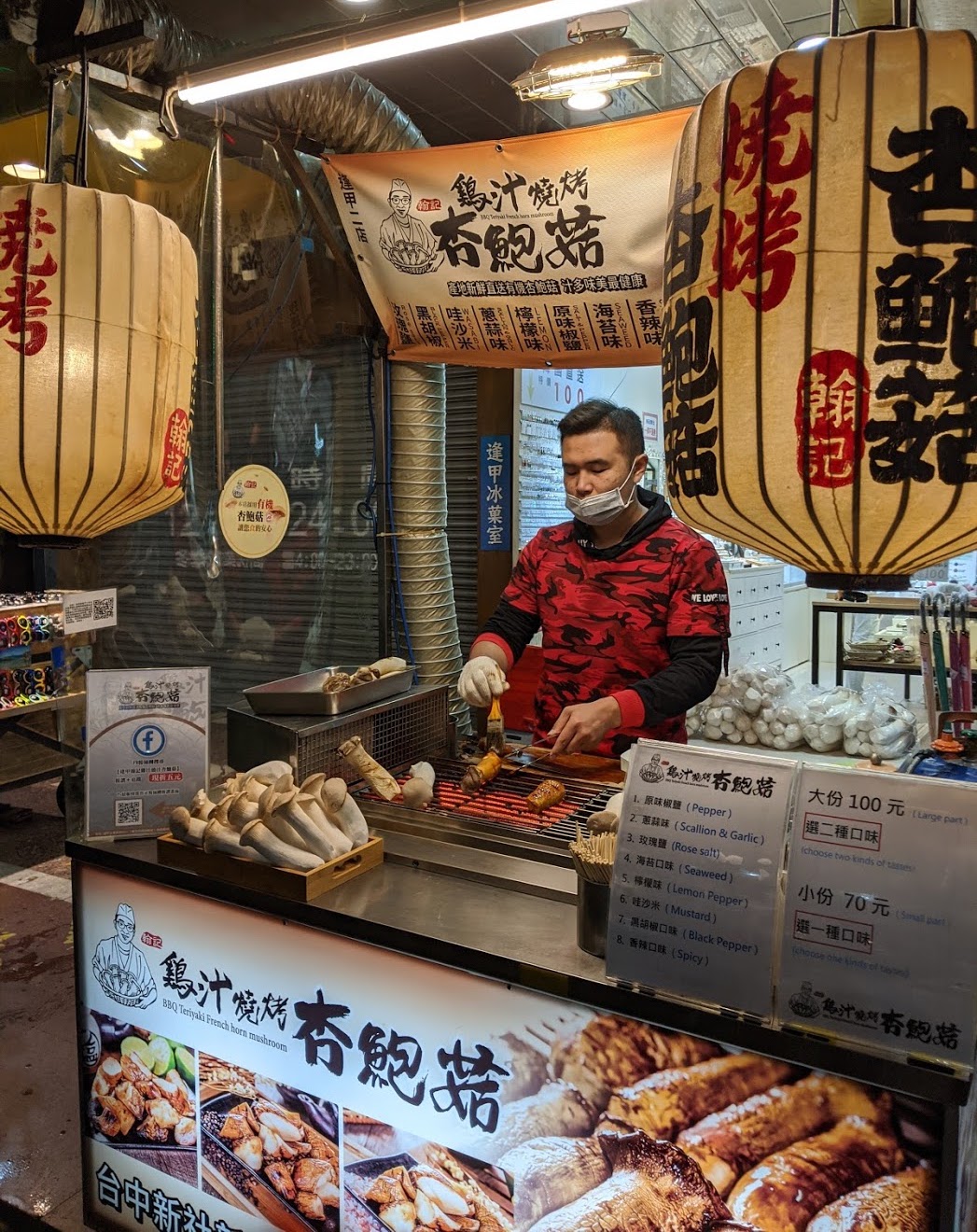 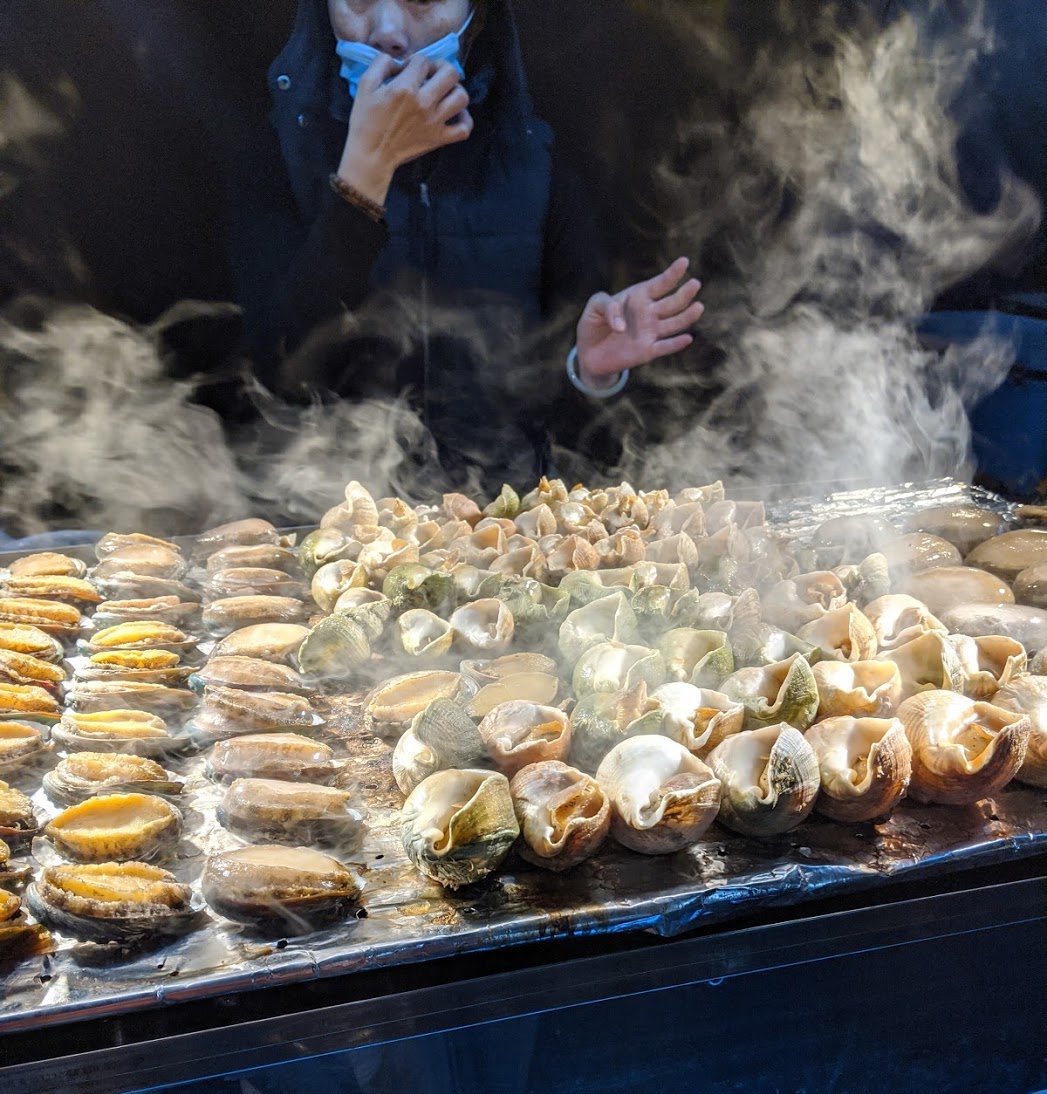 One of the staples in the Taichung tourist circuit is Miyahara Ice Cream, which sells chocolates, cookies and traditional Taiwanese pastries. The tourist draw here is the gorgeous interiors that reminds one of Hogwarts. They also have the best ice cream in Taichung. Don’t forget to get a cup with a side of pineapple cake, a Taiwanese specialty. 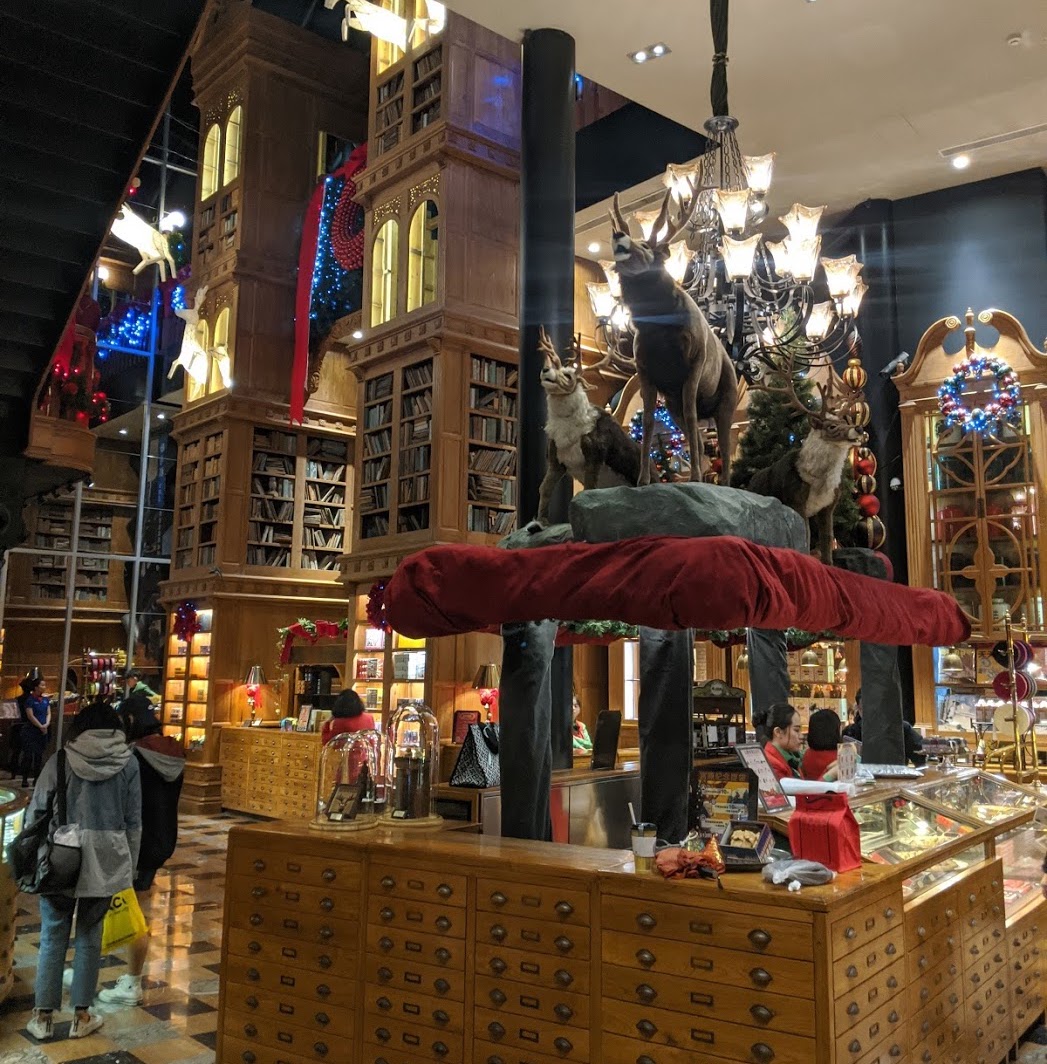 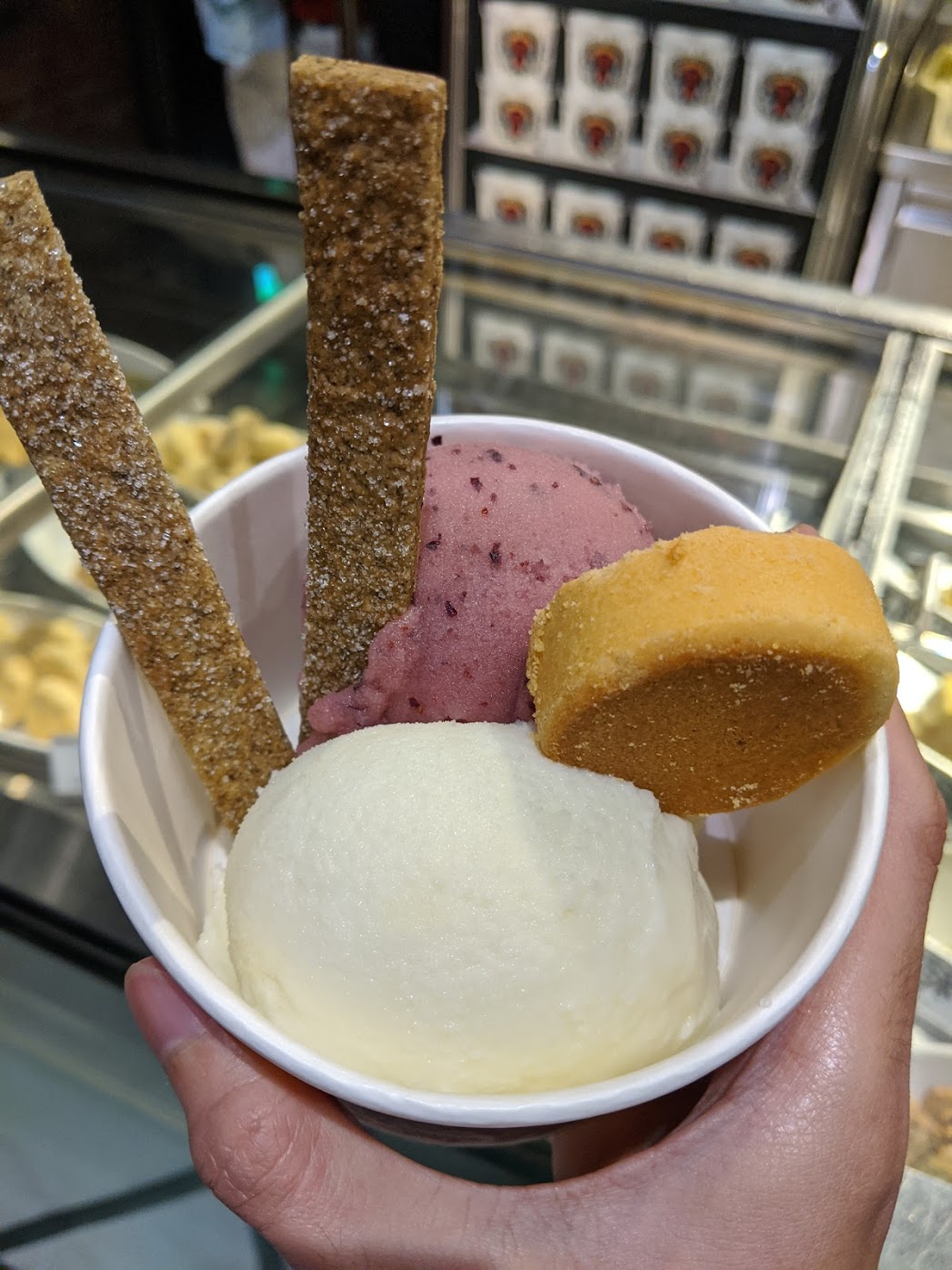 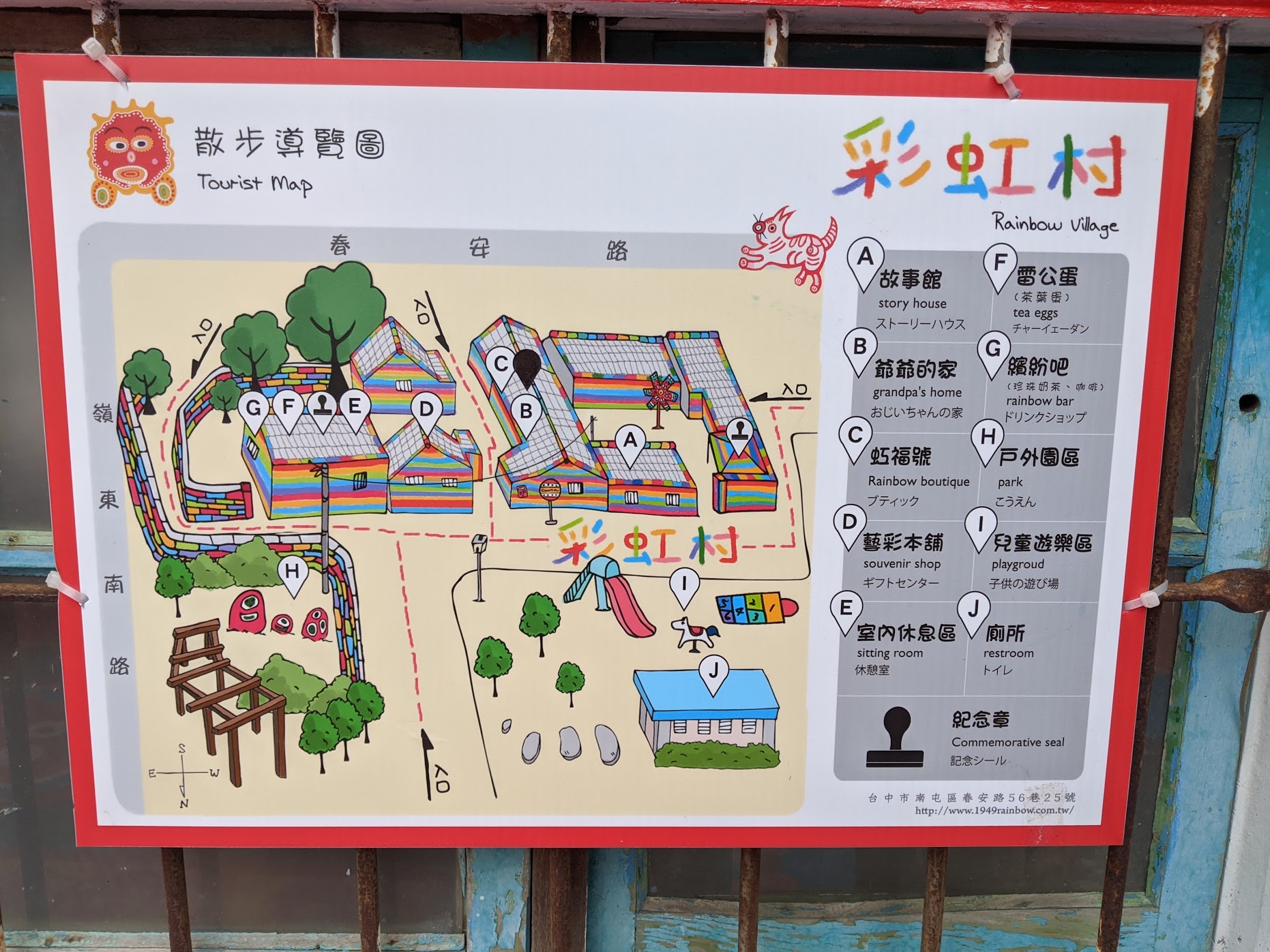 A unique place to visit in Taichung is the Rainbow Village, a village (well, more like a compound) completely covered by hand-drawn street art. What’s interest about it is that only one person painted the village, Huang Yung-Fu.

Mr. Huang is a retired soldier who didn’t want his village to be demolished (to make way for modern redevelopment). As a last-ditch effort, he turned his village into a piece of art, allowing it to be preserved as part of cultural heritage. 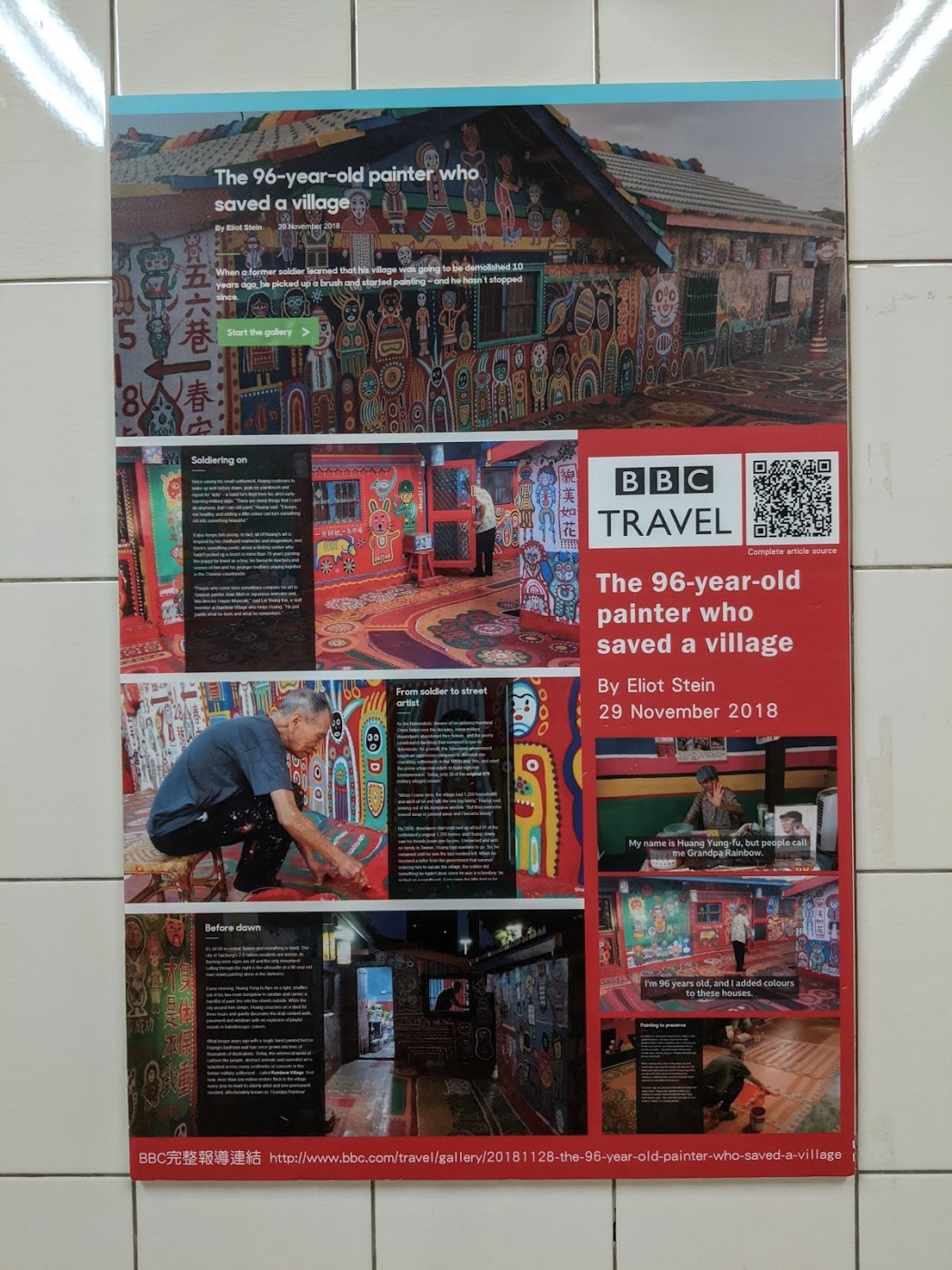 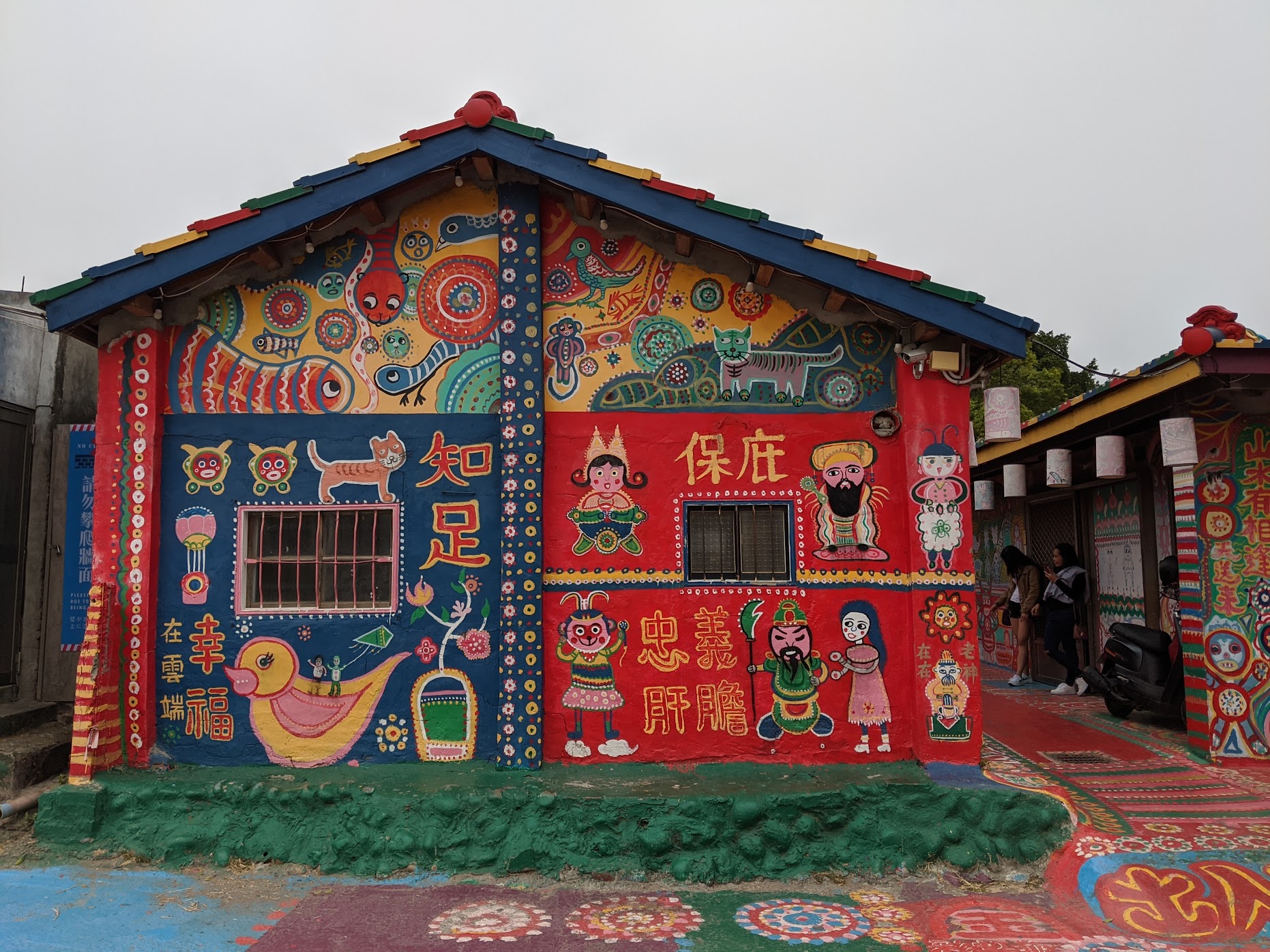 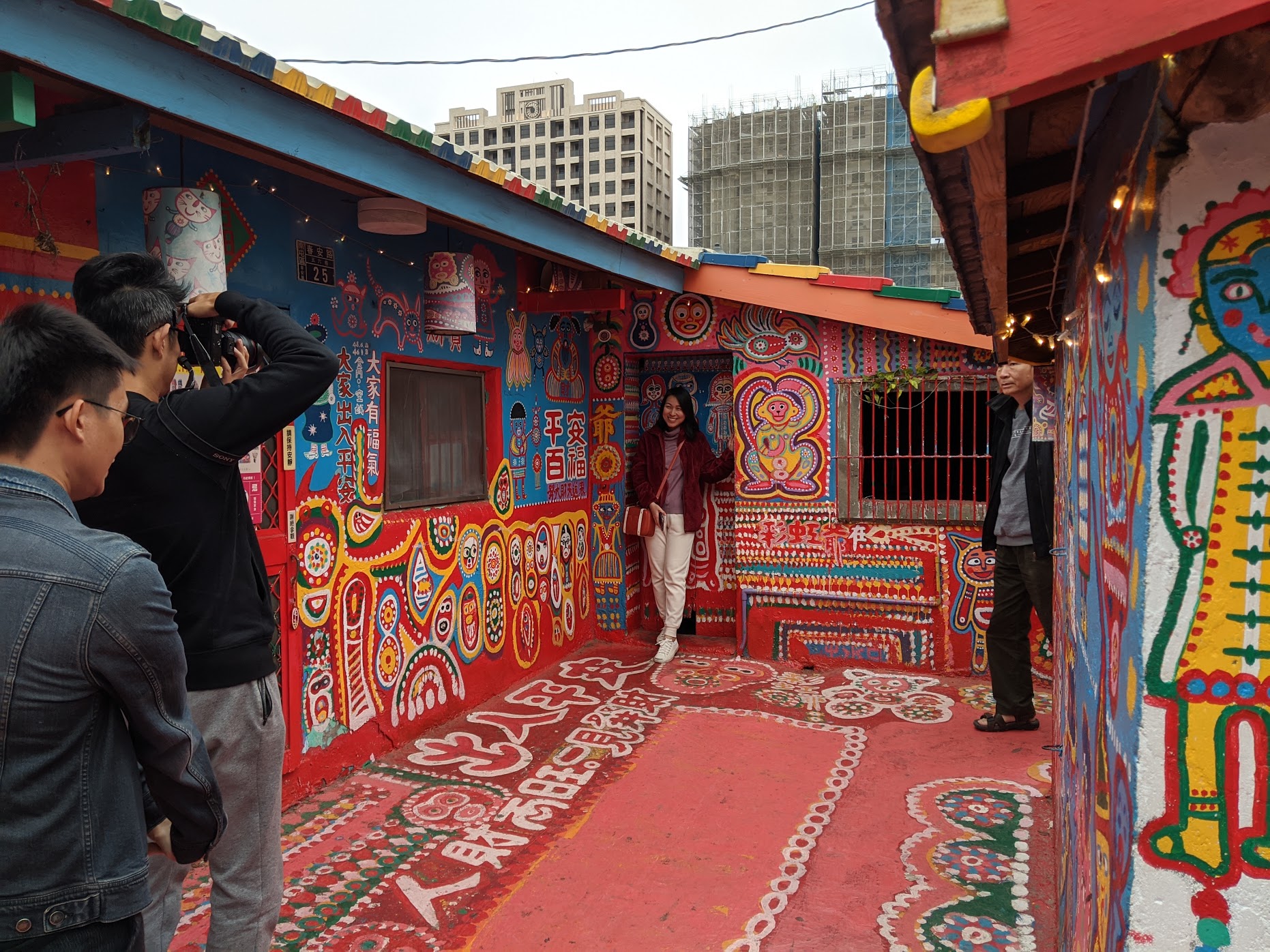 The art style is energetic and child-like, similar to the creations of Studio Ghibli.

Last place in my Taichung agenda was the Gaomei Wetlands. It’s supposed to be the best place in Taichung to watch the sunset over the west coast, so I was pretty excited to get there. It’s a bit far from the city center, taking about one hour by bus one way. However, what happened was pretty much an Expectation vs. Reality kind of thing.

but when I got there it was: 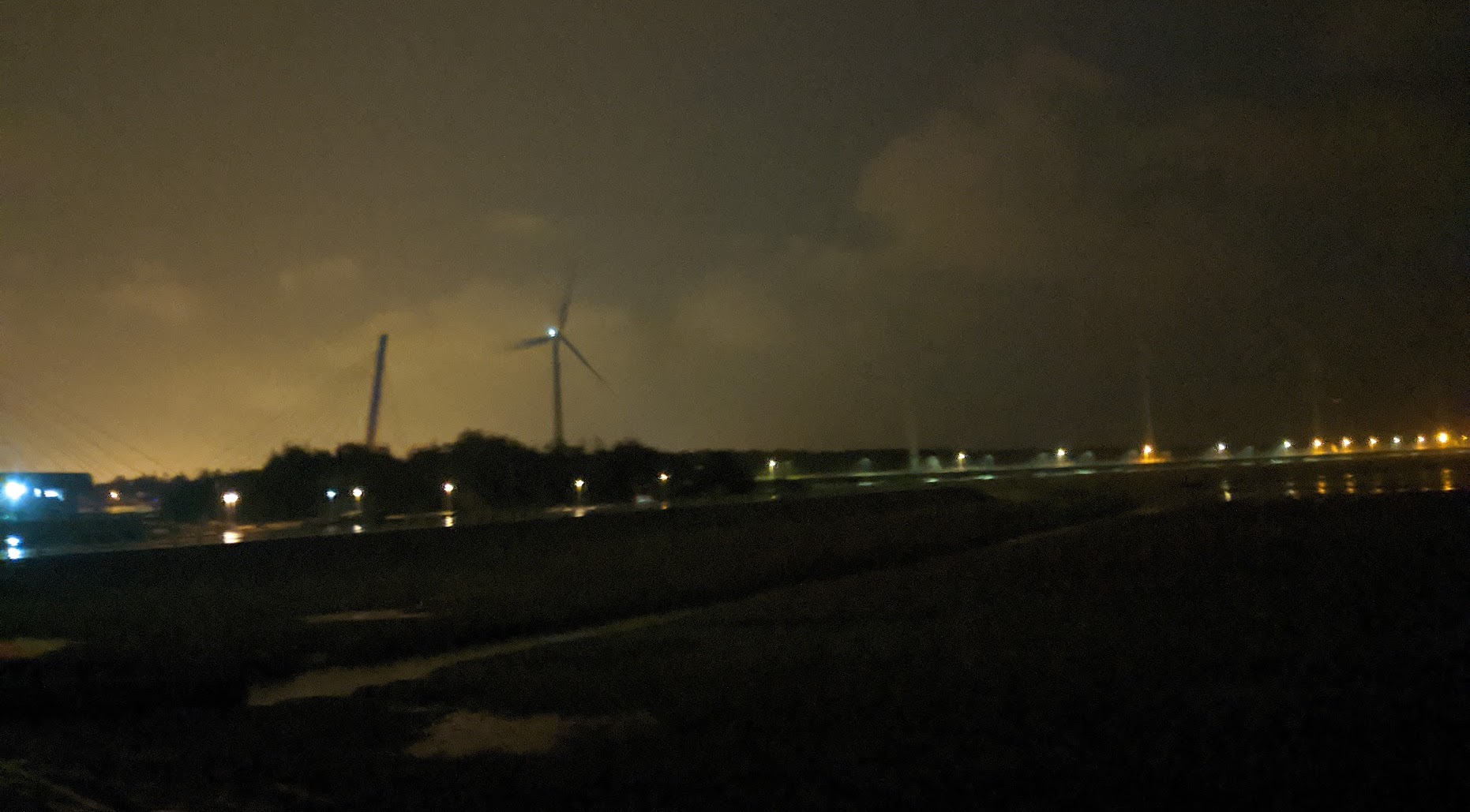 What happened was an epic failure and probably my worst day while traveling.

The first sign of trouble was the weather. It was raining that day, but I thought it would ease out by late afternoon so I still pushed through with my plan to see the Gaomei Wetlands.

So I went to the metro station to catch the bus. However, I was a bit late and missed the bus I was supposed to take. I waited at the station and took the next one. I was a bit nervous because it was already getting dark on my bus ride to the wetlands. And to make matters worse, the rain turned into a storm by the time I got there.

The Gaomei Wetlands bus stop wasn’t really a bus stop - it was just a signpost. To get to the viewpoint for the photo above, one has to walk a bit, around 15 minutes, across a bridge and a coastal boardwalk. Since the Gaomei Wetlands is located at the coastline, and since there was a full-on storm going on when I arrived, the winds were incredibly strong that I couldn’t even pull up my umbrella because it inverted when I opened it and I had to exert effort just to walk further since I was going against the direction of the wind. I was soaking wet. Also, I was the only person there so obviously that day was not the best day to go for sunset viewing.

Eventually I gave up and just went back to the signpost/ bus stop. I had to wait about an hour at the signpost, braving the elements since there was no shelter, until the bus, which felt like salvation, arrived. I felt like the physical manifestation of a wet paper towel on my ride back my hostel. Also, my shoes were permanently damaged during my little excursion and I had to buy a new pair the next day.